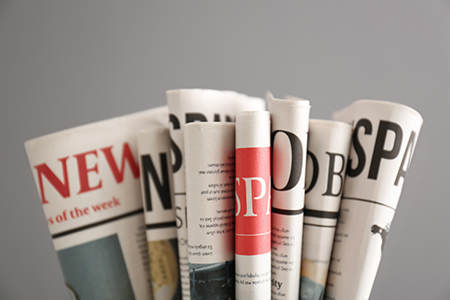 The state of occupational licensing is an important and ever-changing topic for regulators of athletic training. From expanding scope of practice to fair chance licensing reform, this series breaks down licensing news affecting the regulatory climate.

Ohio Moves to Recognize Occupational Licenses Issued in Other States

Ohio state lawmakers are moving to recognize occupational licenses issued in other states to make it easier for professionals to move to Ohio and start work immediately. Legislation was modeled after laws that passed in Arizona and Pennsylvania which help to recognize licenses across hundreds of occupations. READ MORE

Arizona governor called on the legislature to pass a bill putting more members of the general public on licensing boards. Under the proposed bill, many of Arizona's licensing boards would have to have more public members, rather than professionals working in the same field they are regulating. READ MORE

The National Employment Law Project organization is offering a toolkit to help lawmakers and advocates reform licensing laws that prevent individuals with an arrest or conviction record from being able to obtain an occupational license. READ MORE

The Federal Trade Commission (FTC) commented in support of Massachusetts House Bill 1869/Senate Bill 1329 stating, “Allowing health care professionals to provide additional services that are within the scope of their training should yield procompetitive benefits for Massachusetts’s health care consumers, which may include lower costs, shorter wait times for appointments, and increased access to lower leg health care across the state.” READ MORE

The FTC commented in support of Kansas House Bill 2412 by urging the legislature to rescind a requirement that advanced practice (APRNs) must have a collaborative practice agreement executed with a physician in order to prescribe medications. The comments also advise against adopting a proposed amendment that would “require all APRNs to be under the regulatory control of the physician-controlled Kansas Board of Healing Arts rather than the Kansas Board of Nursing where they are currently regulated.”

In Ohio, The FTC commented in of support House Bill 177and encouraged “end the mandatory written collaborative agreement requirement” under which APRNs must prescribe drugs and therapeutic devices “in collaboration with one or more physicians or podiatrists.” READ MORE

Nearly one in four of all employed U.S. workers are in a profession that requires an occupational license. The American Institutes for Research together with the National Conference for State Legislatures, the Council of State Governments and the National Governors Association's Center for Best Practices conducted case studies in 11 different states to review their licensing practices. The case studies offer important insight into factors that helped or hindered success within licensure efforts. READ MORE