Is your secondary school eligible for the prestigious distinction of the NATA Safe Sports School Award?

Are you a secondary school Athletic Trainer whose athletic program provides or coordinates pre-participation physical examinations? Is your athletic equipment properly maintained and fitted to the individual wearing it? Does your school have an athletic training healthcare team in place with knowledge of automated external defibrillator (AED) and cardiopulmonary resuscitation (CPR) care? These are just a few of the questions used to distinguish a school as a Safe Sport School. If you haven’t already done so, take this quiz, provided by the National Athletic Trainers’ Association (NATA), to see if your school is a candidate for the award. 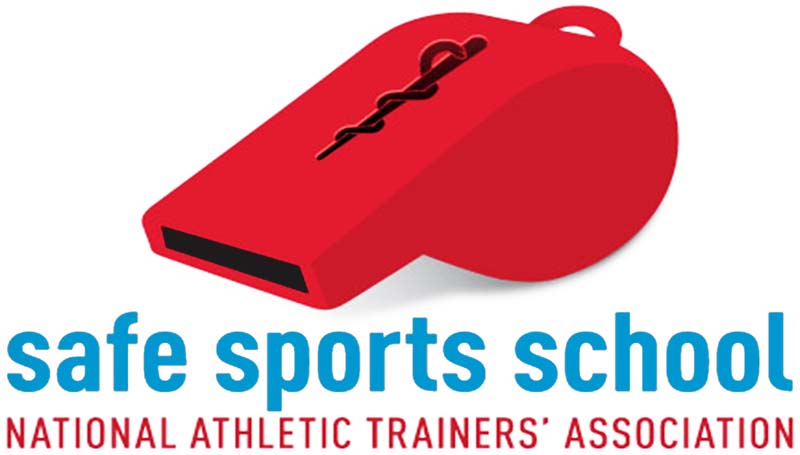 The NATA introduced the Safe Sport School Award in 2013 with the first group, consisting of 3 schools, recognized on April 12, 2013. The program was developed following the 4th Annual Youth Sports Safety Summit with the desire to reinforce the importance of providing the best level of care, injury prevention and treatment for student athletes around the country at the secondary school level.

To date, the NATA has awarded 766 schools, 728 first team and 38 second team. First team is awarded to those schools that act on all of the recommended and required elements. Second team is granted to schools that have completed only required elements. The awards are good for 3 years, and then the schools must reapply. The NATA has already started to receive renewal applications.

Tom Yabor, MS, ATC and head Athletic Trainer of William Penn Charter School in Philadelphia, Penn., first became aware of the NATA Safe Sports School award via a District II email blast. More encouraging emails followed, and he finally downloaded the application packet in spring 2015 to see what it entailed. He was surprised to see the school was already doing most of the recommendations. “Penn Charter has continually made health and safety of student-athletes a top priority. They have had an Athletic Trainer and supervising physician since the late 1960s!”

Tom is grateful to have a very good support structure at Penn Charter and an administration who gives them the tools needed to administer great healthcare to their students. After addressing every detail and submitting the application, William Penn Charter School officially became a first team Safe Sport School in summer 2015. They were the first school in the 5-county Philadelphia area to make first team.

In March 2013, past NATA president, Jim Thornton, MA, ATC, CES, stated, “Not only does this award highlight those schools that have put safety first, but it may generate some competition among schools to be the first in their community to receive it. The ultimate hope, however, is that 10 years from now the award will no longer be needed because Safety First will have become the norm.”

If you are a young or new and emerging athletic training program, the Safe Sport School application and checklist is a good place to start when developing your program. For existing programs Tom also believes, “The requirements of the Safe Sport School Award give good expectations of how to conduct a sports medicine program. It may aid in identifying inadequacies, which may sound like a negative, but that’s the only way you’ll become a better program.”

The Safe Sport School award information and application are available on the NATA website.  Any secondary school can apply. Applications require a $150.00 fee and must be signed by the school principal or athletic director and an Athletic Trainer or team physician. Schools qualifying for the award will receive a banner and artwork to promote their achievement.  Recognition as a Safe Sport School provides the opportunity to heighten the awareness of the AT’s role as a healthcare professional as well as reinforcing the importance of providing the highest safety standards for its student athletes.

Jennifer Striggle-Young earned a Bachelor of Science from West Chester University in Pennsylvania. She also earned a Masters of Education from Temple University, Pennsylvania.  She has served as an Athletic Trainer in the secondary school setting as well as the orthopedic clinic setting.

Did You Know: Candidates who use a nickname or shortened name in BOC Central risk not being admitted on exam day.