I am Thankful to be an Athletic Trainer – Part 2

Editor’s Note: Being thankful and celebrating the good things in life are very much a part of this time of year. As year-end approaches, it’s important to look back and review your achievements and be proud of your accomplishments. In this series, our BOC guest writers take a look back to at their career as Athletic Trainers and share their stories on what makes them feel thankful to be in this profession. 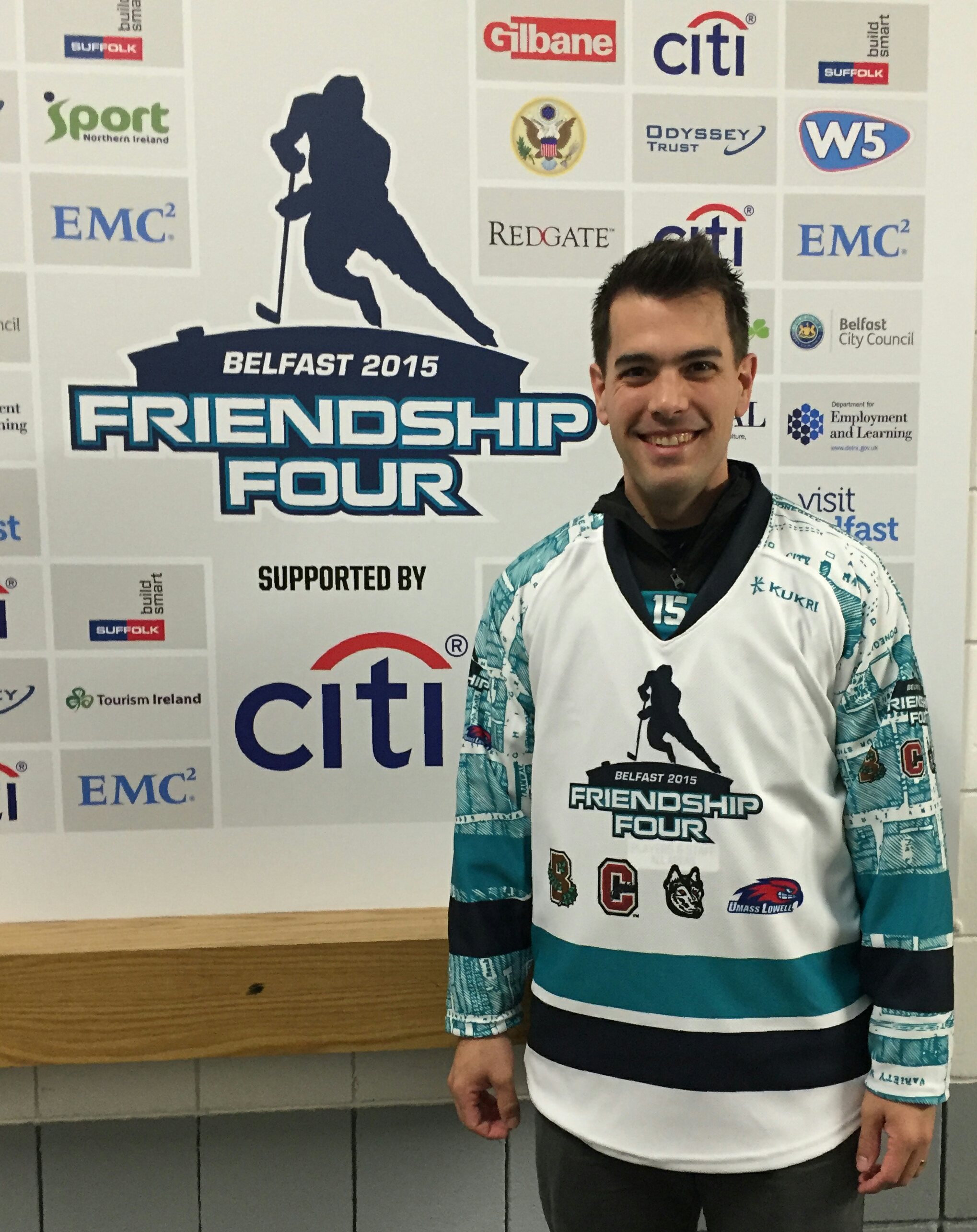 If I could go back in time and ask my newly certified self where I would be the week of Thanksgiving in 2015, the least likely scenario would have my traveling to Belfast, Northern Ireland for The Friendship Four. The Friendship Four is the first NCAA ice hockey tournament to occur outside of North America. Yet here I am, standing on the bench in SSE Arena, hearing thousands of people cheer us on for the first time as the puck drops to start our first game.

If you were to ask the average sports enthusiast what sporting events would be popular in Northern Ireland, ice hockey would probably not top their list. However, it''s quite the opposite. Our hosts for this tournament were the Belfast Giants, a professional ice hockey organization founded in 2000 to compete with 10 other teams in the United Kingdom at the professional level, who are supported strongly by their local fan base.

The tournament itself represents a larger effort to bring different communities together. Belfast has long suffered from political division with a history of civil unrest and violence that often divided sporting contests. But not ice hockey, as was evident with the Giants organization. From the moment we stepped foot inside the arena, we were welcomed with open arms by tournament personnel. This also extended to the fans I was able to meet, who were some of the most enthusiastic supporters of the game I have ever seen. They were cheering for us like we had been playing alongside the Giants for the past 15 years. In a moment of utter surprise, I was asked to sign a jersey even though I was clearly not a player, which I can honestly say has never happened before.

We were also welcomed by the local community when the team had the opportunity to visit local primary and secondary schools to answer questions about ice hockey and share their experiences as Division I student athletes. Since the tournament was over Thanksgiving, a local family with ties to Northeastern even went out of their way to host our entire team for a traditional Thanksgiving dinner, which was extremely gracious since so many of us were away from our families for the holiday. In addition, our trip included opportunities to visit local historical sites such as the Titanic museum and areas that were significant to the time period known as "The Troubles." These experiences helped put into context why events like the Friendship Four are so important to the Belfast community.

Outside of experiencing all the great things Belfast had to offer, our hockey games were business as usual. They did not differ much from our normal life on the road for any other away game, with the exception of being much farther away from Boston than normal. It was extremely rewarding to be a part of a tournament intended to foster community-building and to create more exposure for the game of ice hockey. This is an experience I am thankful for and will forever remember, and I would not have been a part of it had I not been an Athletic Trainer.